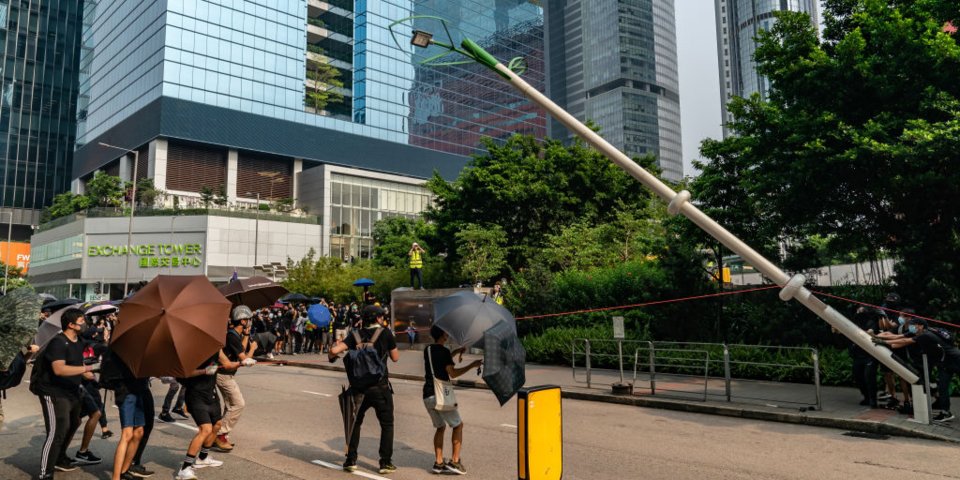 A Hong Kong tech company ended its participation in the government’s new “smart lamppost” project installed in June after angry protesters starting cutting them down with electric saws.

TickTack Technology makes parts for the lampposts, which were put up in June and are meant to house security cameras and also beam 5G internet and WiFi to the surrounding areas.

However, activists in Hong Kong’s protest movement have expressed fears that the lampposts are being using by the Chinese central government to spy on them and disrupt their activities.

Authorities on Hong Kong have denied this, but it hasn’t stopped protesters pulling them down.

In response, TickTack said in a statement on Sunday that it would no longer be supplying its technology to the Hong Kong government.

“We understand that disputes in society over the past few months led the public to be cautious and mistrustful towards some technology,” the company said, according to Hong Kong Free Press.

The company said its employees and their family had been “personally threatened” over the lamppost project.

According to the company’s website, TickTack parts are being use for the smart lampposts, as well as a Tree Management Project, which last year placed monitors on over 8,000 IoT sensors on trees across the city.

The company also states on its website that it currently has projects with Hong Kong’s Lands Department, Transport Department, and bureaus linked to the Office of the Government Chief Information Officer.

According to the South China Morning Post, 50 smart lampposts were installed in June around Hong Kong in high-traffic areas like Kowloon Bay, Shing Kai Road in Kai Tak and Kwun Tong.