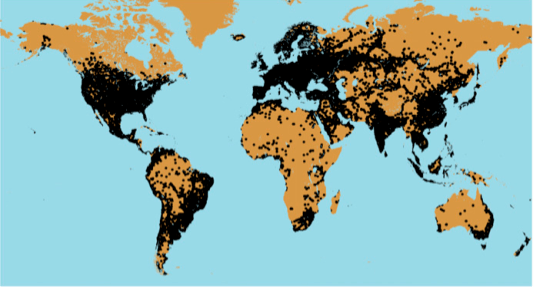 Cellular telephone coverage based on data collected by users of an Android application from September 2009 to August 2012 (data provided by opensignal.com)

Cellular phones or Mobile phones have become indispensable in todays age and society. SMS and Mobile Internet made them tools of social networking and information sharing.

We all know that Network operators use microwaves to link cellular towers & mobile phones together. When it rains, the signal received at the next tower down the line are weakened by reflection off raindrops. A phenomenon that is referred to as rainfall induced attenuation.

How is this going to help?

The answer lies in the abstract of the paper. From the abstract “Accurate and timely surface precipitation measurements are crucial for water resources management, agriculture, weather prediction, climate research, as well as ground validation of satellite-based precipitation estimates. However, the majority of the land surface of the earth lacks such data, and in many parts of the world the density of surface precipitation gauging networks is even rapidly declining.”

The technique is to record the signal strength of microwave transmissions of each cellular tower from the neighboring tower. Since the distance and signal strength at the transmitting tower are known, it can be easily modeled and any difference in signal strength is a pretty good indicator of attenuation.

Using data provided by T-Mobile, Aart Overeem and his team have developed an algorithm to measure the differences and predict the rainfall level.

In the paper, one can see that the team succeeded in their efforts. They mapped rainfall between June and September 2011 and found that readings derived from cell phone tower data tended to agree with those from the traditional rainfall gauges and radar.

This could really solve the power of having accurate measure of rainfall in different parts of the world. WIth decreasing number of  rainfall gauges, meteorologists across the world were having issues predicting and quantifying rainfall in remote locations and locations that were in between 2 rainfall gauges. This innovative idea can help solve that issue and help measure rainfall with much better accuracy. 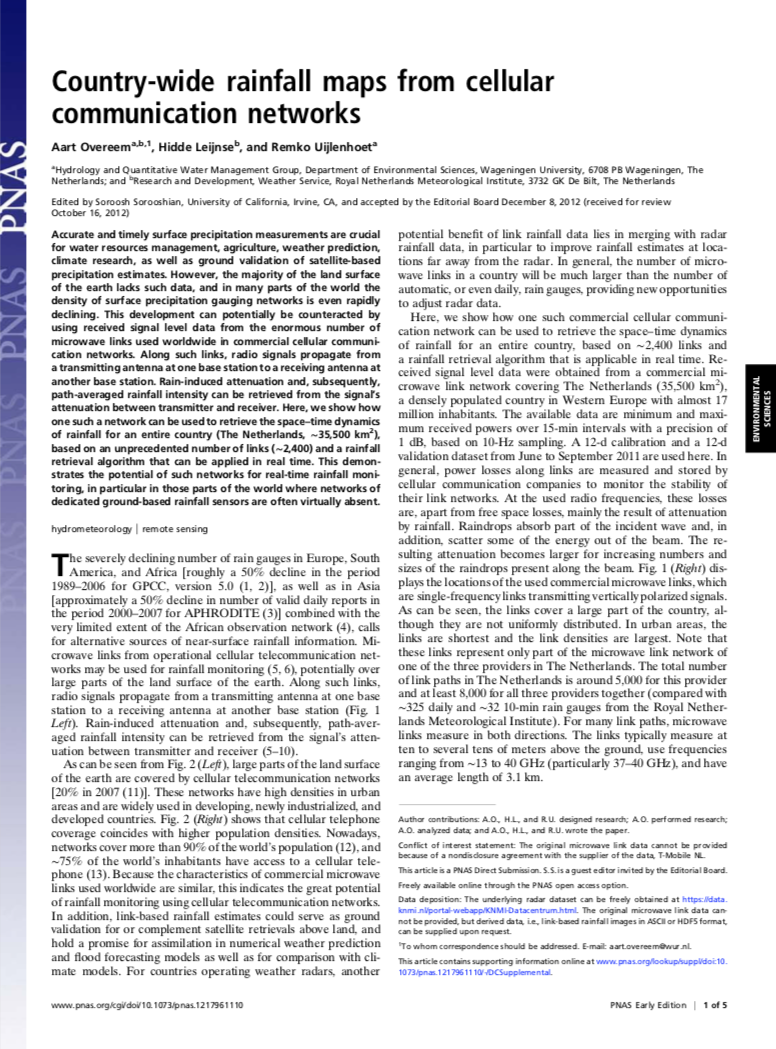 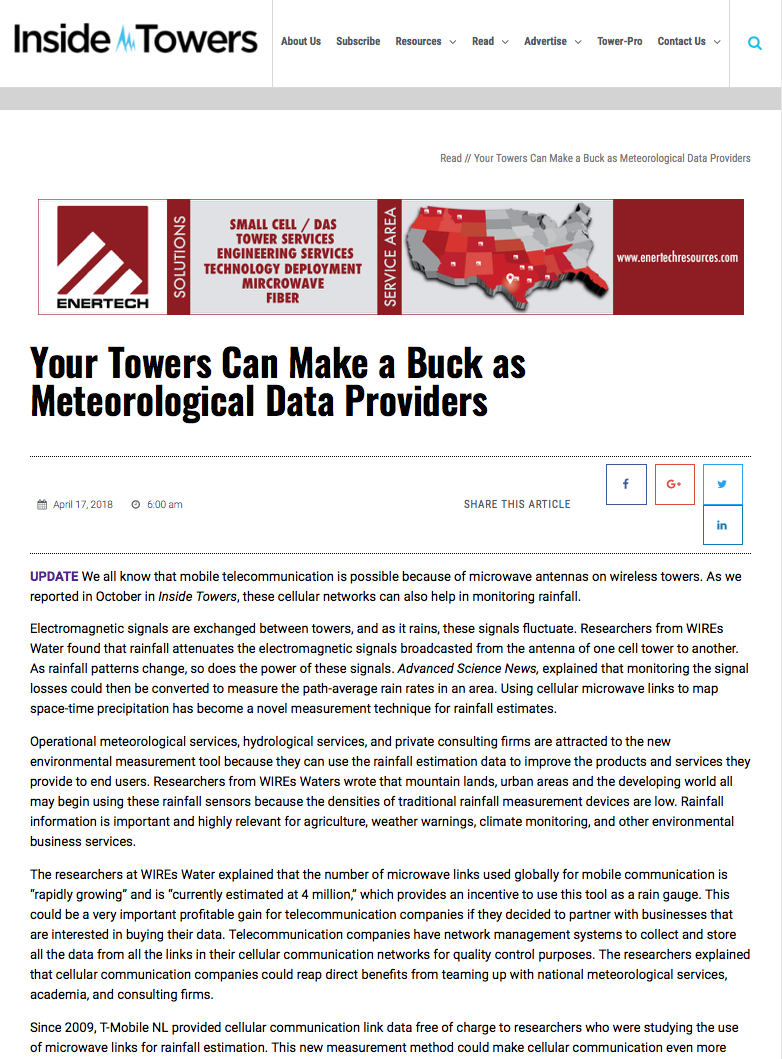