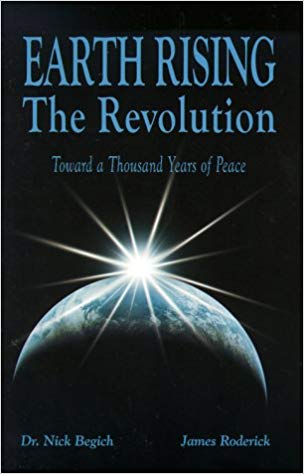 Earth Rising the Revolution Toward a Thousand Years of Peace is about technology and its impact on humanity. This book is about the basis of freedom, human dignity, sovereign individuality, and self-determination. The material will be shocking to all. This is an expose on technological advances which may reshape the destiny of mankind in the next millennium. This book covers a number of separate areas with extensive documentation from governmental, academic, and major media reports, including:

*The revolution in military affairs and its impact on freedom.

*Mind control and the manipulation of human health through the use of drugs, electromagnetic weapons, and other means.

*Non-lethal weapons and their use and impact on people.

*New technologies which will virtually eliminate privacy from the world scene.

*Militarization of law enforcement around the country.

*The HAARP story updated, showing additional evidence of the military’s plans to manipulate the environment. 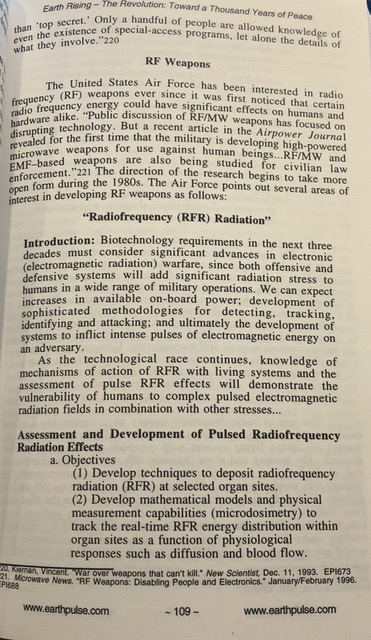 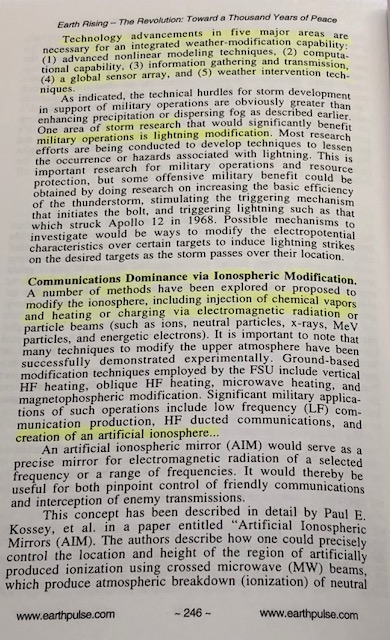 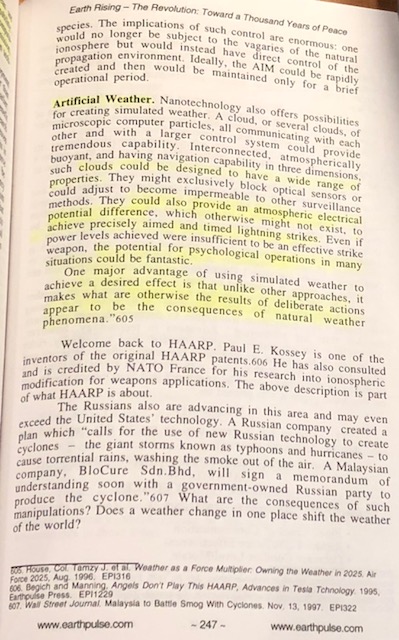 This is the Century of the brain and the mind. The technologies that have advanced, under cover of secrecy and national security, now have the power to either enslave us or free us to our higher potentials. These technologies will impact our consciousness itself and as a result require an invigorated public debate, in the light of day. At the same time, there is hope and great possibility in these areas of science. 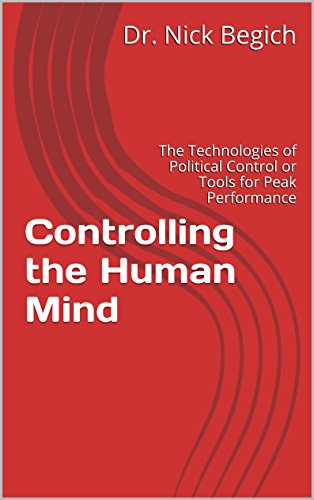