This page is dedicated to the men and women who risk their lives every day in order to protect others from harm. Many of these people are now entering workplaces that are saturated with radiofrequency (RF) and microwave radiation. Microwave antennas are being placed directly on top of fire houses and police stations across New York and the rest of America.  Huge cell towers are being placed directly next to these buildings where the strongest and the bravest are dedicated to work and where more and more of them are becoming ill. 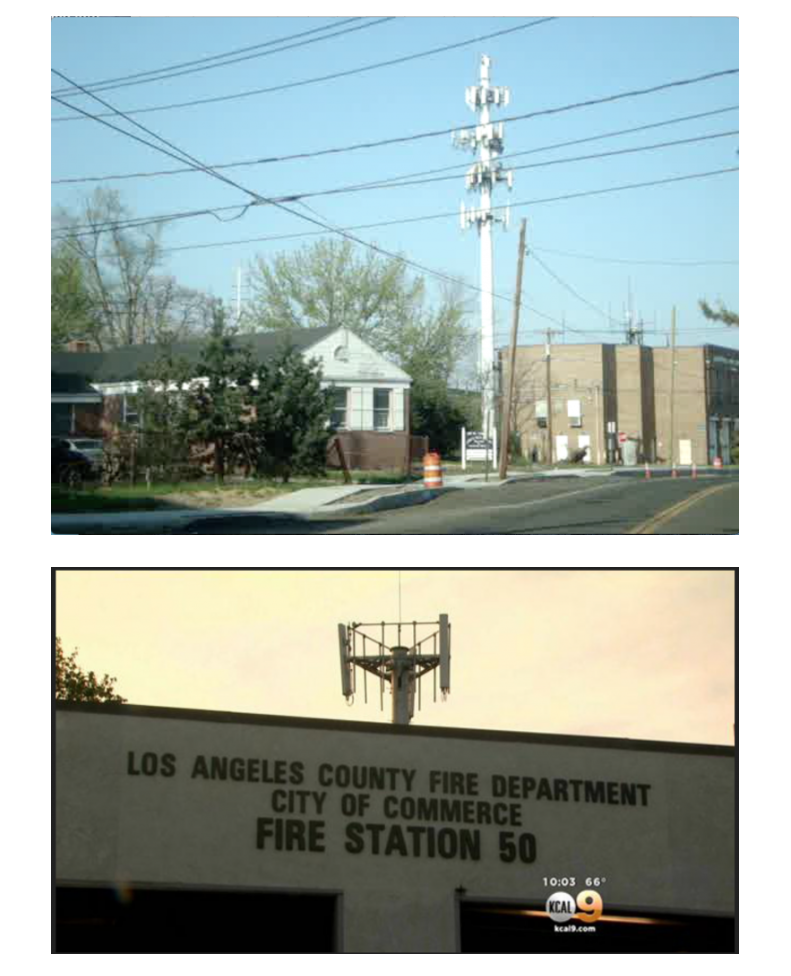 In California, firefighters that were exposed to these antennas developed a myriad of health symptoms within just a few years of being in close proximity to these devices.  They reported the following symptoms:

The symptoms experienced by the fire fighters, all of whom had passed rigorous physical and cognitive exams prior to being hired by the fire department, included but were not limited to the following: headaches, extreme fatigue, sleep disruption, anesthesia-like sleep where the men woke up for 911 calls “as if they were drugged”, inability to sleep, depression, anxiety, unexplained anger, getting lost on 911 calls in the town they grew up in, a twenty year medic forgetting basic CPR in the midst of resuscitating a coronary victim, immune-suppression manifest in frequent colds and flu-like symptoms.

All six firefighters were found to have brain abnormalities on SPECT scan. The doctors… found a pervasive, hyper-excitability of the neurons which suggested the exposure to RF (microwave) radiation was causing the neurons to continually fire, without rest. RF radiation appeared to act as a constant stimulant even when the men were away from the station, and in repose…

One of the six men tested did move to another department after his wife gave birth to an a boy who was diagnosed with Autism at age 2. This was the first live birth experienced by the “firefighter family” at this department since activation of the tower three years earlier.

Two of the firefighters, men we did not test in the pilot study but men who were exposed to RF radiation from the cell tower since their installation and activation in 1999, have gone out on psychiatric disability. This is almost unheard of among firefighters. The diagnoses were Post Traumatic Stress Disorder for one firefighter; he went out on an emergency run, and simply stopped talking after he returned to the station. The second firefighter suffered an apparent break with reality. This occurred in the fire station when he returned following a short term disability for an unrelated injury. This break with reality was followed by an abrupt collapse and loss of consciousness.

Because two women have suffered strokes while in the fire station with the towers fully activated, Vascular Spasm Stroke (VSS) is suspected by Dr. Heuser and myself of having caused the two “psychiatric” diagnoses. If not treated with rest and supplemental oxygen, it is possible for some VSS patients to have difficulty regaining speech and full cognitive abilities.(1)

RF/Microwave radiation (as well as ultrasonic irradiation) destroys sperm and causes DNA and mitochondrial damage, chromosomal aberrations, and much more.

Add to all of this the fact that most of these buildings also have smart meters on them and it becomes clear that fire fighters and police are at great risk.  Certainly, their ability to reproduce and create healthy children is going to be seriously undermined. Firefighters in California were able to finally get an exemption granted to them from the California legislature so they are no longer required to have these toxic devices placed on their places of employment. I learned this from the following letter(3) which was written by a doctor in support of exemptions for anyone who does not want to be exposed to these radiation-emitting, noxious frequencies. Moreover, it is clear that antennas and towers have been removed from some fire houses in Canada and that Los Angeles was able to stop the construction of cell towers at some of their fire stations as well.(4) The The International Association of Fire Fighters (IAFF) has stated firmly that these antennas and cell towers are causing serious health effects. You can read their entire official position paper here(5) and an excerpt is below.

Internationally acknowledged experts in the field of RF/MW radiation research have shown that RF/MW transmissions of the type used in digital cellular antennas and phones can have critical effects on cell cultures, animals, and people in laboratories and have also found epidemiological evidence (studies of communities, not in the laboratory) of serious health effects at “non-thermal levels,” where the intensity of the RF/MW radiation was too low to cause heating. They have found:

A doubling of the rate of lymphoma in mice

Changes in tumor growth in rats

An increased number of tumors in rats

Increased single- and double-strand breaks in DNA, our genetic material

Changes in the blood-brain-barrier

Changes in neurotransmitters (which affect motivation and pain perception)

WHEREAS, the brain is the first organ to be affected by RF radiation and symptoms manifest in a multitude of neurological conditions including migraine headaches, extreme fatigue, disorientation, slowed reaction time, vertigo, vital memory loss and attention deficit amidst life threatening emergencies; and

WHEREAS, most of the firefighters who are experiencing symptoms can attribute the onset to the first week(s) these towers/antennas were activated; and

WHEREAS, RF radiation is emitted by these cellular antennas and RF radiation can penetrate every living cell, including plants, animals and humans; and

WHEREAS, both the U. S. and Canadian governments established regulatory limits for RF radiation based on thermal (heat) measurements with no regard for the adverse health effects from non-thermal radiation which is proven to harm the human brain and immune system;…

WHEREAS, recently a study, not affiliated with the wireless industry, was conducted of firefighters exposed to RF radiation from cell towers/antennas affixed to their stations.** The study revealed brain damage that can be differentiated from chemical causation (such as inhalation of toxic smoke) suggesting RF radiation as the cause of the brain damage found on SPECT scans; and…

RESOLVED, That the IAFF oppose the use of fire stations as base stations for antennas and towers for the conduction of cell phone transmissions until such installations are proven not to be hazardous to the health of our members.

**Note: A pilot study was conducted in 2004 of six California fire fighters working and sleeping in stations with towers. The study, conducted by Gunnar Heuser, M.D., PhD. of Agoura Hills, CA, focused on neurological symptoms of six fire fighters who had been working for up to five years in stations with cell towers. Those symptoms included slowed reaction time, lack of focus, lack of impulse control, severe headaches, anesthesia-like sleep, sleep deprivation, depression, and tremors. Dr. Heuser used functional brain scans – SPECT scans – to assess any changes in the brains of the six fire fighters as compared to healthy brains of men of the same age. Computerized psychological testing known as TOVA was used to study reaction time, impulse control, and attention span. The SPECT scans revealed a pattern of abnormal change which was concentrated over a wider area than would normally be seen in brains of individuals exposed to toxic inhalation, as might be expected from fighting fires. Dr. Heuser concluded the only plausible explanation at this time would be RF radiation exposure. Additionally, the TOVA testing revealed among the six fire fighters delayed reaction time, lack of impulse control, and difficulty in maintaining mental focus.

THE TIME IS NOW TO TAKE A STAND AGAINST THIS AND PUT AN END TO THESE TOWERS AND ANTENNAS EVERYWHERE. THIS WHOLE GRID MUST COME DOWN. IT IS HARMING PEOPLE AND ALL LIFE FORMS.

(2)The Microwave Factor, Association for Research and Treatment of Cancer,
http://emfrefugee.blogspot.com/2014/12/ehs-mcs.html

(5) IAFF FIRE FIGHTERS – Position on the Health Effects from Radio Frequency/Microwave (RF/MW) Radiation in Fire Department Facilities from Base Stations for Antennas and Towers for the Conduction of Cell Phone Transmissions
https://tobefree.wordpress.com/2018/05/29/international-association-of-fire-fighters-position-on-the-health-effects-from-radio-frequency-microwave-rf-mw-radiation-in-fire-department-facilities-from-base-stations-for-antennas-and-t/ 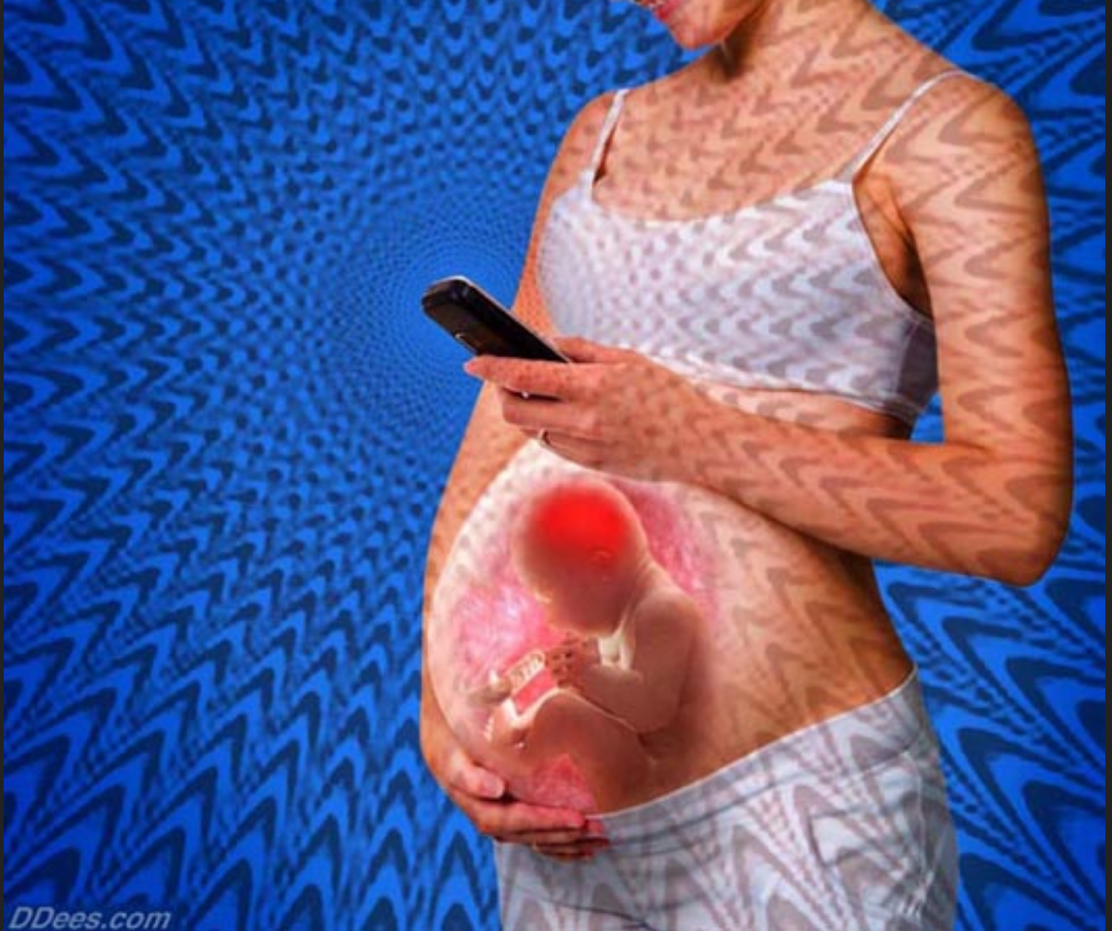