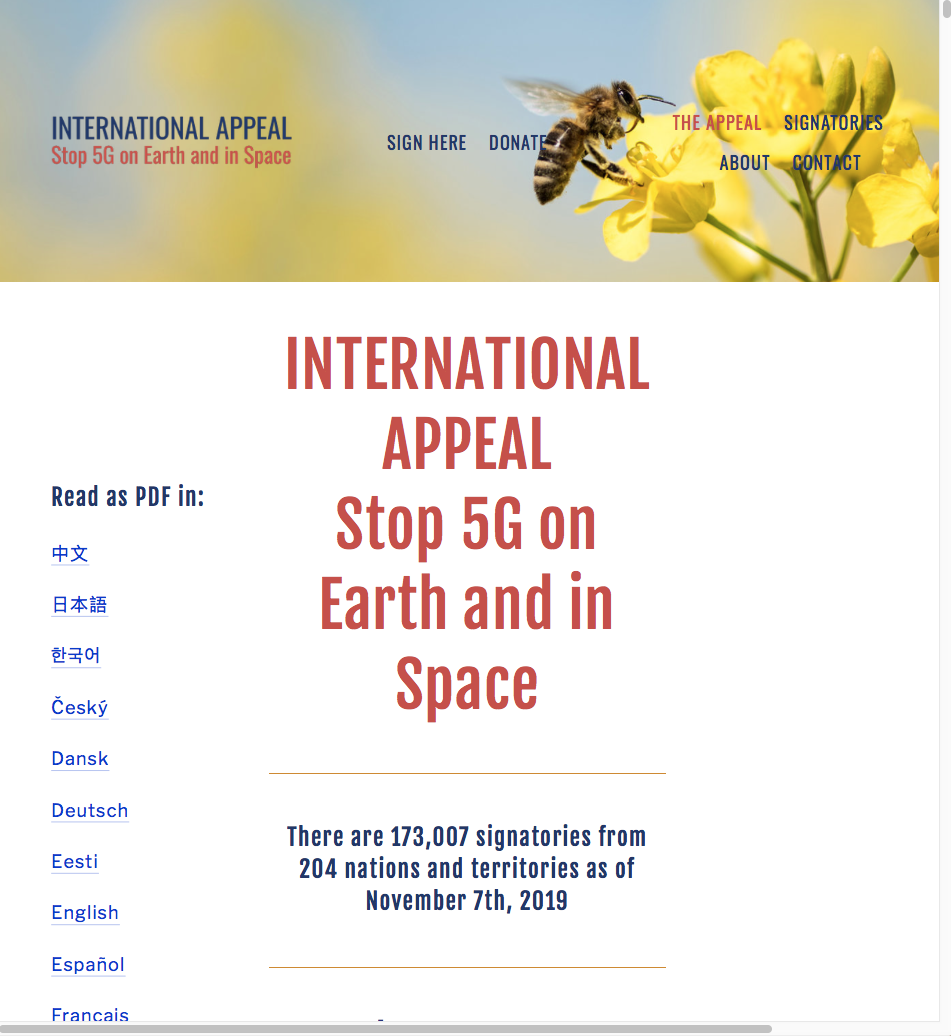 This evening at 9:19 p.m. Eastern Standard Time, SpaceX launched another 60 satellites on a Falcon 9 rocket from Cape Canaveral, Florida. This brings the number of SpaceX’s “Starlink” satellites orbiting the Earth up to 180. SpaceX plans to continue launching 60 satellites at a time, twice a month, for the foreseeable future. It intends to begin supplying 5G from space as soon as at least 420 satellites are in orbit and the Federal Communications Commission has approved its application to sell one million user devices to the American public. The FCC, to date, has not approved that application.

The Cellular Phone Task Force has posted a summary describing the satellite plans by SpaceX and seven other companies; how the satellites will be integrated into the global wireless network; and the expected effects on health and environment.

Alleanza Italiana Stop 5G has published on its website a list of 125 municipalities in Italy that have passed resolutions or ordinances opposing 5G.

Italian astrophysicist Stefano Gallozzi is organizing a protest by Italy’s scientific community against SpaceX’s Starlink satellites because they will interfere with astronomers’ observations of the stars, and will especially interfere with radio astronomy telescopes. Gallozzi is also the co-administrator of Stop 5G Italia, which has more than 10,000 members and is helping to organize events in Italian cities for January 25.

Update on the Federal Lawsuit in New Mexico

From 2016 to 2018, New Mexicans for Utility Safety worked with other organizations to defeat smart meters in much of our state. As a result, there are no smart meters in New Mexico’s major cities and surroundings.

In December 2018, the Santa Fe Alliance for Public Health and Safety filed a lawsuit against the City of Santa Fe, the State of New Mexico, and the United States of America in federal district court. We are asking the court to declare that city, state and federal laws that effectively mandate 5G and deprive the public of the right to protect themselves from injury to their health, property and environment, are unconstitutional.

INTERNATIONAL APPEAL Stop 5G on Earth and in Space 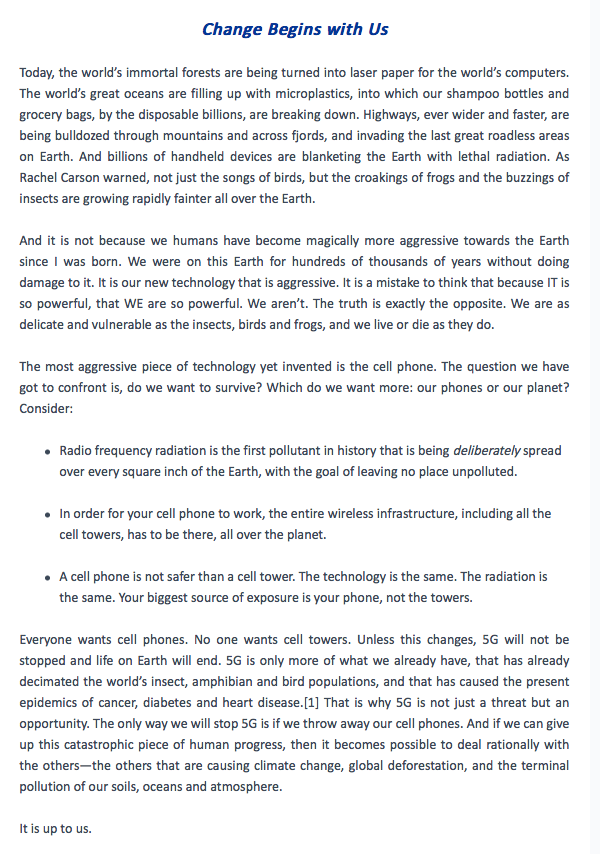 Arthur Firstenberg, Administrator
INTERNATIONAL APPEAL Stop 5G on Earth and in Space
Email: info@cellphonetaskforce.org
https://www.5gspaceappeal.org
[1] The Invisible Rainbow: A History of Electricity and Life, chapters 11, 12, 13 and 16 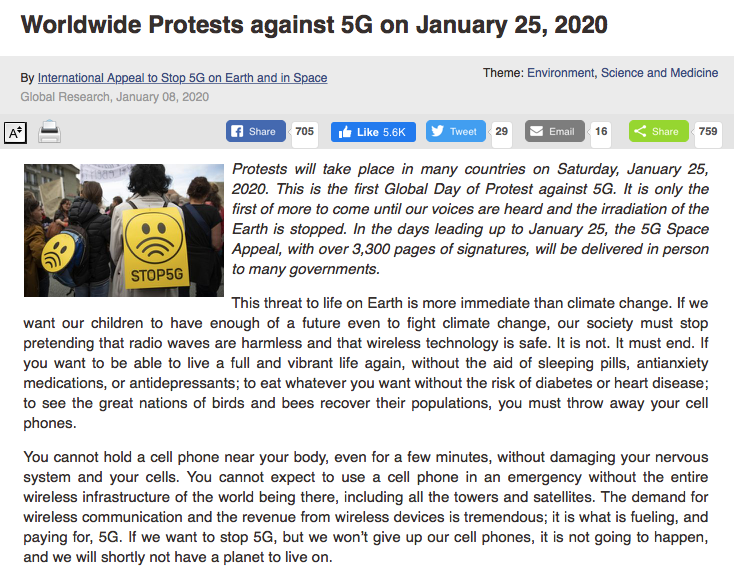 INTERNATIONAL APPEAL Stop 5G on Earth and in Space