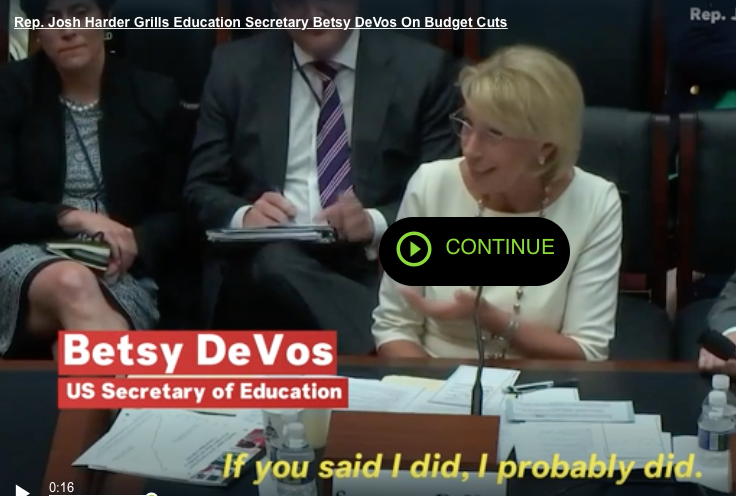 A legacy of President Lyndon Johnson’s Great Society, Title 1 schools, are located in some of the poorest neighborhoods in this nation. More than half of all schools in America are eligible for special funding to enhance educational programming and community engagement. Over half of the covered students are in elementary schools, with one in every eight in preschool and kindergarten. Riddled with violent crime, environmental contamination, and limited expectations, disproportionately jailed teens from these schools are poorly prepared for the technologically-based job market.

As a result, they face the highest unemployment rate as young adults.

If there ever were a Trojan Horse of public education, it is stabled with technologists now generously giving away Virtual Reality and other fun tech toys. Verizon, Google, and others have donated hundreds of millions in educational resources with no recognition that microwave wireless radiation should not be used close to the brains of young children.

Betsy Devos, the current Secretary of Education, leads national efforts to sell local school districts on the capacity of charter schools to innovate in the use of laptops for students from preschool through primary school and high school.

There’s one major problem with this preference for machines over human beings.  For younger aged pupils, there is no evidence that educational technologies actually equip students with the fundamental skills of learning how to learn.  Among master teachers, parents and even growing numbers of students and social observers, a backlash is forming against the growing production of younger and younger eZombies.  When kindergarteners are given iPads, they do indeed spend hours of screen time. But measures of student retention of information from screen use in schools shows that students simply do not absorb the information as well. Further, their vision also suffers from focusing on screens with growing numbers of children needing eyeglasses at younger ages.

Research shows that the younger brain with its thinner skull and more porous bone marrow absorbs proportionally more wireless microwave radiation—which increases the long-term chances that cancer and other ailments will arise.

Studies also find that prenatally exposed animals produce offspring with altered brains and more damage to their testicles and other reproductive organs.

The psychiatrist Victoria Dunckley reports that fast-changing vivid images flashing before young eyes from small screens elicit states of hyperarousal. Boosted by dopamine and other feel-good neurotransmitters, brains of toddlers and youngsters easily succumb to powerfully addictive feedback loops. Yes, going out to dinner at fine restaurants is easier for families that can whip out devices rather than talk with one another. But, no, this is not encouraging a stronger social bond. In fact, just the opposite is taking place. More and more middle school children are being treated for attention deficit disorder, depression, headaches, eye strain and hearing problems. Achievement test scores in schools that rely heavily on digital learning systems are substantially lower than those of other schools.

As many pediatricians and experts in neurodevelopment are urging, we need a reset on early education. While software can achieve much, it is no substitute for careful teaching of the basic skills of reading, writing and arithmetic at young ages through direct eye contact with papers and books and using pencils and crayons on paper. Neuropsychiatrists explain that the capacity to look a person in the eye is tied as well to the ability to make careful closed loops of script and is best learned in the first eight years of life.  The slow steady erosion of handwriting—a skill typically taught in elementary school —could impair reading, writing and memory.

Of course, we need our children to become digital netizens, but the capacity to use technological tools is best introduced after the basic skills of reading, writing and arithmetic have been mastered.

But, hold your fire. It turns out that young brains are not the only ones impaired by the seductive embrace of high-tech. Fear of Missing Out (FOMO)—a morbid dread stemming from the addictive hold of devices– is rampant throughout society.  People would rather leave home without underwear than without their phones. Studies of students at Harvard report that those who take notes with computers retain less information than their old-fashioned peers that depend on basic note taking. Well aware of the compulsion to multi-task and the draw of pornography and games, a number of university professors are banning the use of computers during class.

So where are we now? The “free” gifts of Virtual Reality cardboard holders for smartphones targeting Title I schools and the offer of 5G networks come with many invisible strings that should give us all pause.  First and foremost, 5G remains a work in progress. At its best, the proposed new network relies on superfast millimeter-wave frequencies for faster downloads of videos, movies, and games. When the BBC famously featured a 5G broadcast, it ran out of bandwidth that failed to live up to its promised speed within a few minutes. So far most tech experts find the actual network unable to perform up to its assurances regarding hype in speed or access, according to Larry Desjardin, a seasoned industry specialist.

Beware those who advocate for virtual education. There’s a harsher reality that lies beneath.

Dr. Devra Davis served as a Clinton Appointee from 1994-1999, shared the 2007 Nobel Peace Prize, and is founder of Environmental Health Trust