15–18 October 1973 | Proceedings of an International Symposium 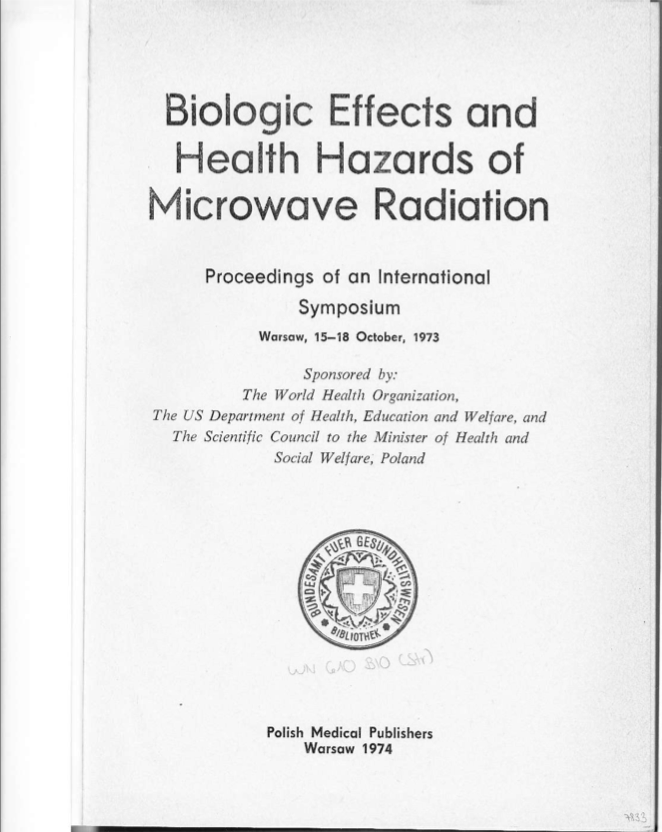 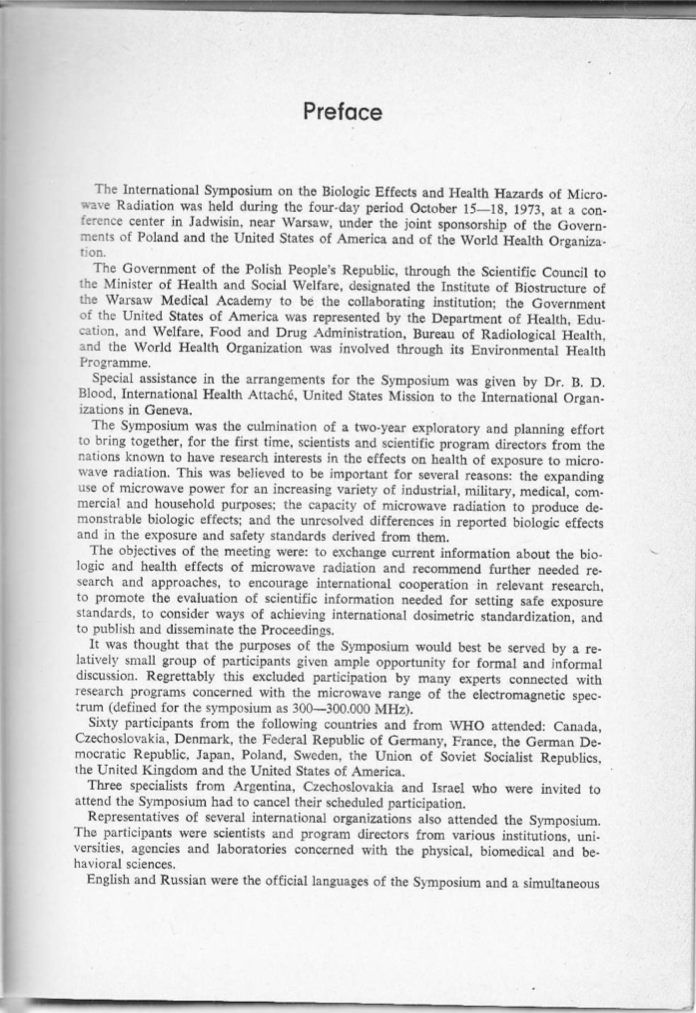 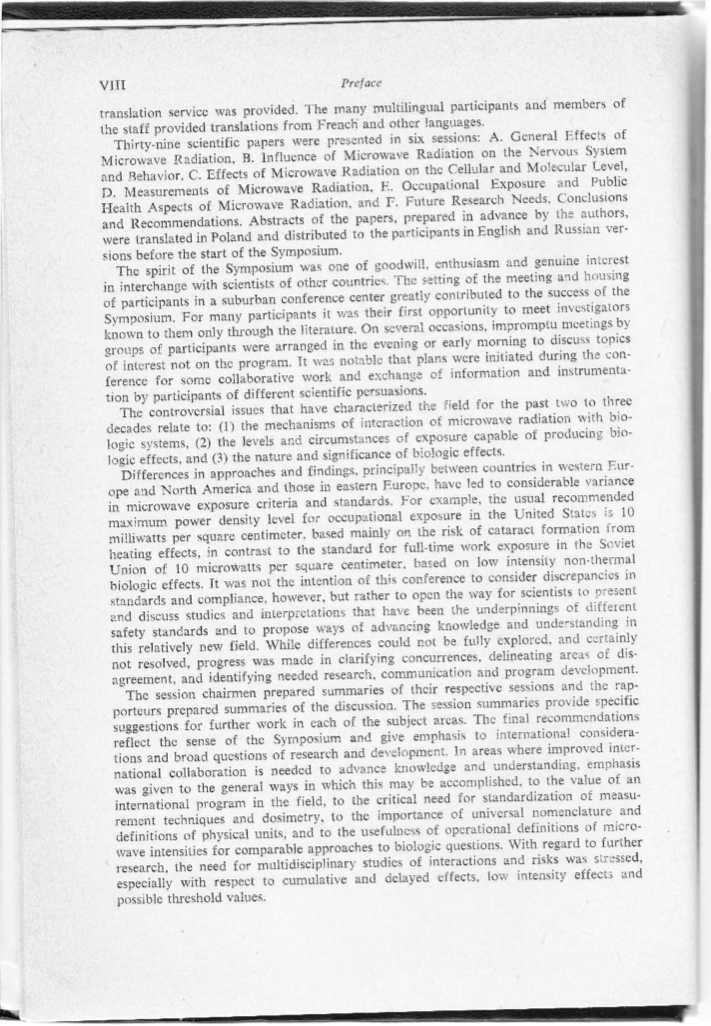 “Differences in approaches and findings, principally in countries in western Europe and North America and those in eastern Europe, have led to considerable variance in microwave exposure criteria and standards. For example, the usual recommended maximum power density level for occupational exposure in the United States is 10 milliwatts per square centimeter, based mainly on the risk of cataract formation from heating effects, in contrast to the standard for full-time work exposure in the Soviet Union of 10 microwatts per square centimeter, based on low intensity non-thermal biologic effects.“ 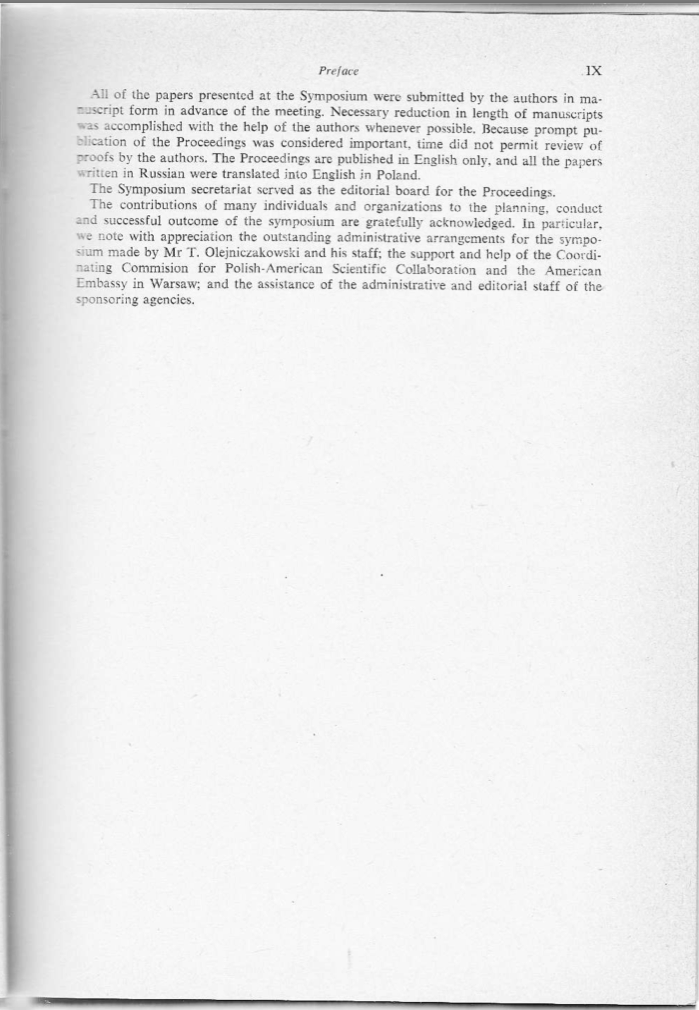 ‘This 350-page document is the result of a symposium (convened by WHO, among others), held in Warsaw on 15–18 October 1973, with the participation of 60 researchers specializing in the biological effects of microwaves on humans.

This document describes primarily the adverse effects of microwave radiation on neurological, vascular and cardiac systems, as well as on the thyroid and thrombocytes; it also reports that microwaves can cause Type II diabetes, sleep issues, cataracts, opacification of the ocular lens, and behavioural disorders, among others.” 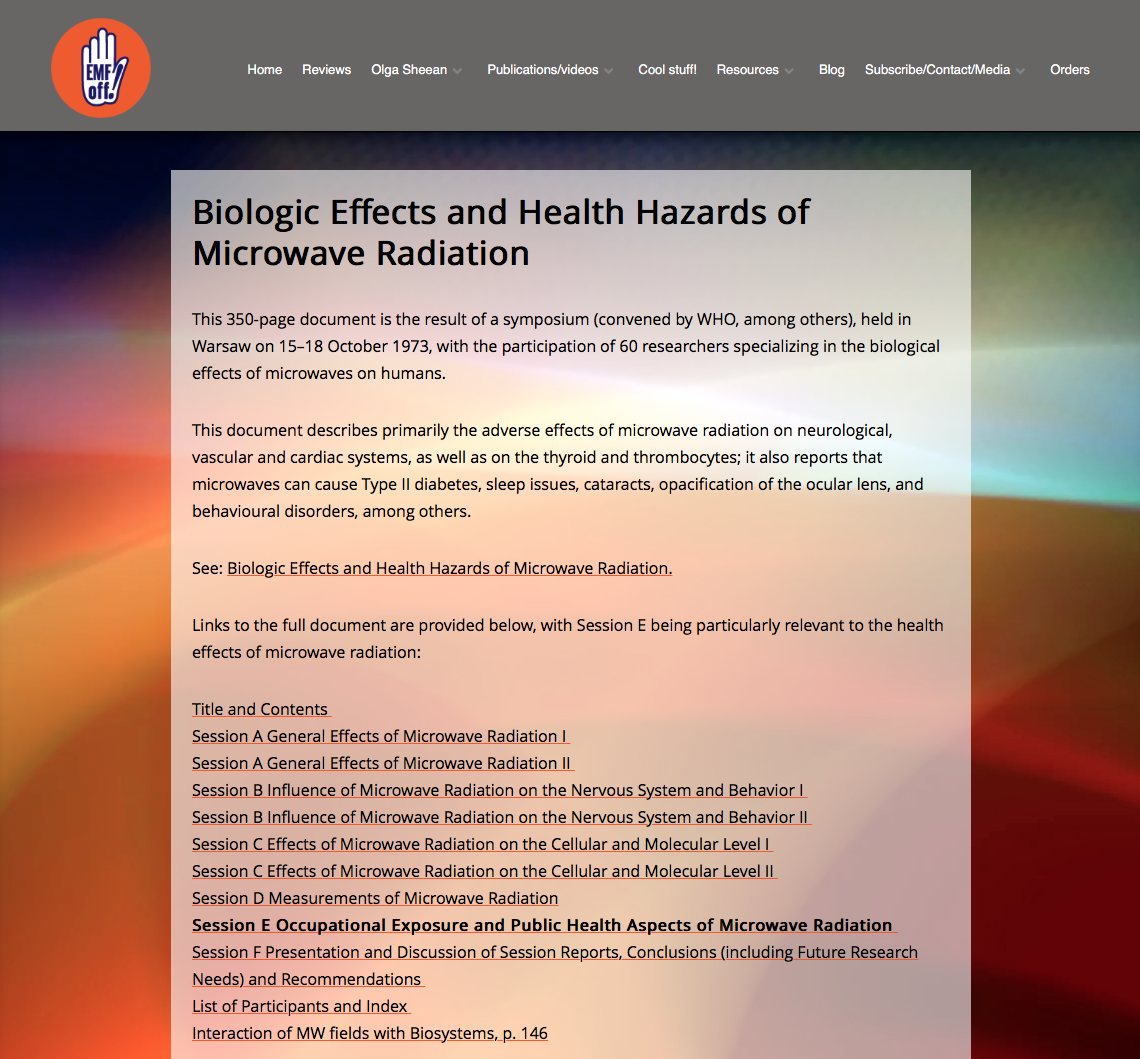 \Thank you to MG for sharing this document with us at Zero5G!