SOUTH LAKE TAHOE, Calif. — Residents were unable to stop Verizon Wireless and city council from moving forward with the 112-foot cell tower but one attorney is trying to pump the brakes on the small cell boxes at South Lake Tahoe.

Attorney Mark Pollock filed a cease and desist against members of the council, in an attempt to prevent them from moving forward with any more applications for small cell facilities.

Pollock referenced a decision made by the District of Columbia Court of Appeals in August 2019.

However, the United Keetoowah Band of Cherokee Indians in Oklahoma brought forward a case against the FCC saying that the concentration of the boxes does cause environmental damage.

The appellate court found that under the National Environmental Policy Act, the FCC needs to “evaluate the cumulative impacts of this whole deployment of 5g,” Pollock said. “Is there a radiation hazard? Is there a public surveillance problem? Is there an invasion of privacy problem? Is there is the potential for noise or impact on wildlife?”

Since this decision was made in federal court, the city needs to put a hold on accepting applications and installations until the FCC can get these studies done.

“I believe any citizen groups in a given city has standing to put their elected body on notice of an appellate court decision in D.C., or Denver, or Texas, or anywhere else at the federal level that impact the validity of an applications for a permit at the local level,” Pollock added.

In Pollock’s cease and desist letter, he gave the city until Feb. 1 to respond.

City attorney Heather Stroud said in an email to the Tribune, “The city is required by federal law to process applications for all qualifying facilities within certain time frames so it is unclear to me how the city could grant the relief requested.”

If the FCC conducts the studies and finds it does not meet NEPA standards, the results would apply to small cell wireless facilities that have already been installed in South Lake Tahoe. 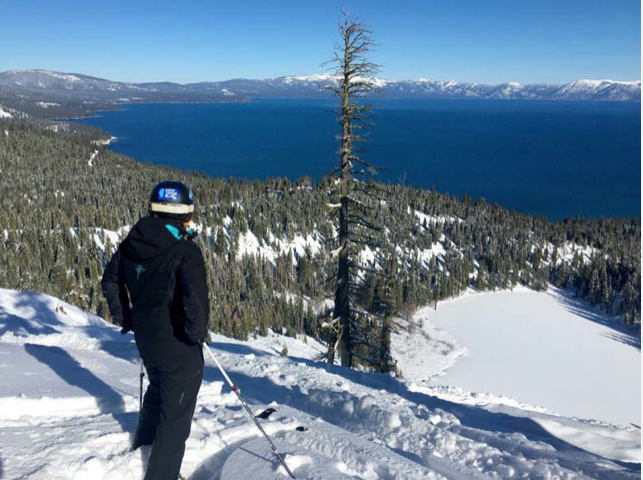